97% of climate experts agree.
We humans are causing climate crisis.

A GIS Based Approach to Back Trajectory Analysis and Mass Concentration & Dispositions of Aerosols in Nairobi, Kenya

The origins and pathways of atmospheric aerosols in Kenya are examined in Nairobi for the three years (2015-2017) using HYSPLIT model and meteoro- logical data. Aerosol concentrations in Kenya depended on the frequency of the air mass from the northeastern Asian Continent and southeastern Mada- gascar Island. There was a direct correlation of more pollutants during dry and hot seasons (JJA) of the year. To study the reasons for the seasonal varia- tions, the origins of the air mass flowing to Nairobi were analyzed by back- ward air mass trajectory analysis. Monthly variations revealed that aerosols are transported from different directions due to variation of winds flowing and peak values were during July because of the increased emissions due to higher temperature and stronger solar radiation during heating, while the lowest value found in April was probably due to rain wash.

The Use of Traditional Knowledge in Weather Forecasting by Nganyi Community

Stop climate change Publications 97% of climate experts agree. We humans are causing climate crisis. The Use of Traditional Knowledge in Weather Forecasting by Nganyi 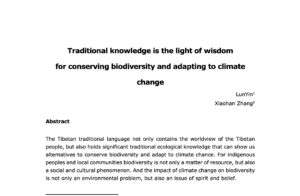 The Tibetan traditional language not only contains the worldview of the Tibetan people, but also holds significant traditional ecological knowledge that can show us… 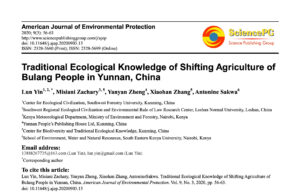 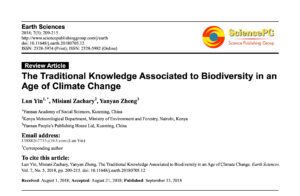 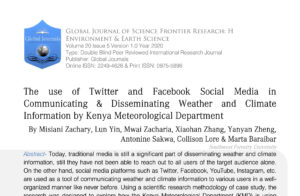 Today, traditional media is still a significant part of disseminating weather and climate information, still they have not been able to … 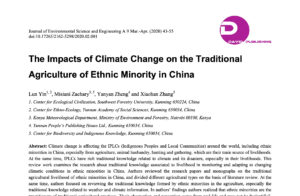 Climate change is affecting the IPLCs (Indigenous Peoples and Local Communities) around the world, including ethnic minorities in China…